Hello My Freaky Darlings! Long time no see!! You would not BELIEVEEEEEE the last couple of weeks you host has had. The horrors I could tell you, no Man, Woman, Child, or Furry should ever have to endure! Seriously the tail end wasn’t bad. As a matter of fact, I have an interesting piece on Universal Studios coming up. However right now we have a first. No I don’t have the Rob Fox sex tapes!! Something much better…

So, Seras and I were talking the other day, and I had mentioned how I felt bad the website had no new content. I had been so busy with work that I just didn’t have any time!! So she tells me “I can do an interview…Yeah I could do one with Chris.” It was then….I had a COLOSSAL idea…Why don’t I let Seras do an interview with Chris Chaos!? It was briliant!!….lol. Anyway our very own Seras Psychotik has put together an Awesome interview with an Epic individual. So plug up the 6-String, turn your amps up to 11, and hold on to your cheeks! We’re gonna be… 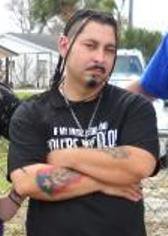 Hello freaky darlings of Encyclopedia Psychotika! This is Seras Psychotik coming at you with my very first interview. Yay! For my first interview, I really wanted to make it great and maybe a little chaotic ; ) Let me introduce you all to Chris Chaos. He is an up and coming musician out of Okeechobee, Florida. I have personally known Chris for 10 years and music flows through his veins like blood. Without further delay, allow me to bring a little Chaos into your lives…

Seras Psychotik: How long have you been writing and playing music?

Chris Chaos: I started writing since 1995 and started as a vocalist in 1996 for a band called X-Termination which later became Gridlock back in Ft. Myers Florida. We had a huge following. But I’ve always loved the music scene.

Seras: When did you get your first guitar? Who bought it for you?

Chris: Got my first guitar “Fender Squier Stagemaster 7” in 2000 as a Christmas gift from an ex-girl friend…Always loved 7-string guitars and been playing it ever since. Now I own a Schecter Damien 7 and both guitars are like my best friends lol.

Seras: Who are some performers you consider to be your greatest influences?

Chris: Wow, good question. My influences vary from Jimi Hendrix to Chimera which happens to be my favorite band right now. But every now and then I like to get back to my old school roots. Without old school music, Metal wouldn’t be where it’s at today. 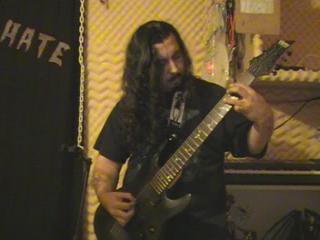 Seras: Are you currently recording solo or are you part of a band? Could you tell us a little about that?

Chris: Currently I’m working on my solo project Chris Chaos which is working out better than I expected but my true pride is my band Systematic Hate which is taking a break for a while. I am however playing drums with some other musicians as well. But I’ll never put down my guitars.

Seras: What have you found to be the hardest part about writing music? The easiest?

Chris: Well to me the hardest part is coming up with an inspiration or topic to write about. It has to mean something and have a message that everyone can relate to. also composing the music to fit those emotions. Once you have it all planned out, recorded and sounding the way it was meant to, Then the easy part is promoting it to your fans so they can enjoy it as well. I’m always up for criticism…Anything to help the fans enjoy the songs better helps me in the long run make better music for them.

Seras: Have you had a lot of support from family and friends?

Chris: Yes! A lot actually. I remember the days that my family thought I was a joke and that I needed to find a “real” career lol. Once they seen how much of a following I had they realized that this was no joke lol. I thank my friends and fans for that cause it’s because of them I’m still making music today. Now I work with others to make music as well so they can pursue their dreams. 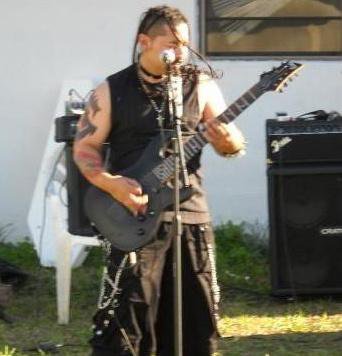 Seras: What are some goals you have for your music career?

Chris: Well if anything, I’d like to one day own my own record label and promote other artist while still have my music out there for the public…For example, A lot of people may not like Fred Durst (Limp Bizkit) but he has the right idea and works with a lot of artist.

Seras: What advice do you have for aspiring musicians?

Chris: Never give up your dreams no matter how impossible it seems to obtaining that goal. There are 2 types of people. People who want to do something and people who are doing something to make their dreams come true…Be a doer!

Seras: Awesome advice. Now for the insanely fun and often revealing part of the interview- “Out of Hat” questions.  What are your thoughts on midget zombie strippers?

Chris: Are they hot? If they are, How can I get one? I’d date one and be sure to have a lot of air freshener for the corpse smell lol…Anyways, sounds like an awesome soundtrack to be on lol

Seras: Who do you think has the better rack: Rebecca Romijn as Mystique from Xmen, Michelle Pfeiffer as Catwoman from Batman or Brandon Routh as Superman?

Chris: Rebecca Romijn hands down! She’s just hot! Plus I make a better Superman…j/k Christopher Reeves will always be Superman. Everyone else is an imposter. 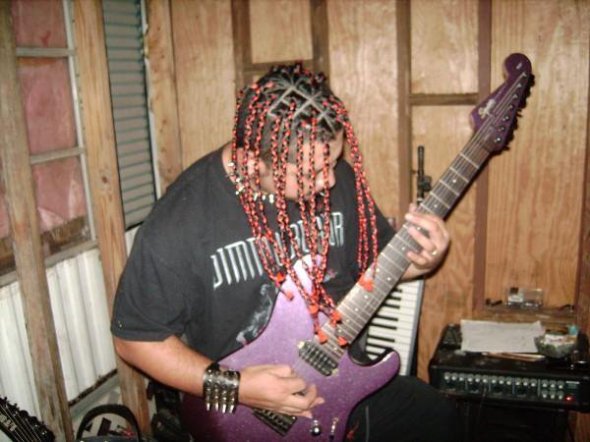 Seras: I can see the headlines now: Chris Chaos as Clark Kent. Lol! Has a nice ring to it though. By the way, I agree 100% with Rebecca Romijn. One word, WOW.  Alright next question, if you could spend one day with a dead musician, pre-mortem of course, who would it be and why?

Chris: Dimebag Darrel (Pantera) just cause he helped pave the way for metal’s comeback when we were stuck in the grunge rock era. Rest in peace my brother, you will always be missed.

(EDITOR NOTE: I so have to agree. Much respect to Dimebag Darrel. Dime forever Rest in Peace…May you rock with the greats forever…)

Seras: If Doc Brown showed up at your house with the DeLorean Time Machine, where and when would you want to go?

Chris: Well I’d go back to the 60’s. The very first Woodstock to be exact cause hippies knew how to party. Peace, love and Rock n’ Roll Baby!

Seras: Have you ever tasted the rainbow? If so, how was it?

Chris: Yes I have and it taste sooooooo good! wait! You weren’t talking about Skittles were you? Neither was I lol

Seras: E.T. style aliens have taken over the world and threaten destruction! They give you an ultimatum. Go with them and breed with their kind and they’ll spare the Earth OR decline and they’ll destroy the Earth and take you back to their planet as a sex slave. What do you do?

Seras: Well this concludes our exciting interview with local musician Chris Chaos. Chris, would you like to add anything?

Chris: Thanks to all my friends and fans and for those who haven’t checked out my music yet come follow me on ReverbNation 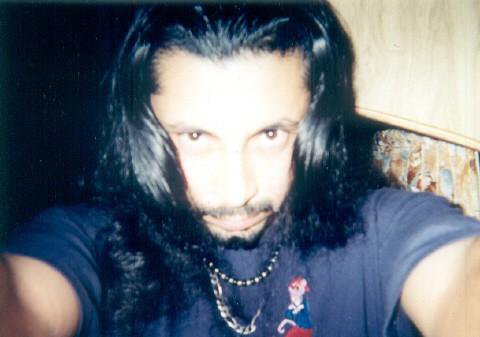 I hope all of you have enjoyed getting to know Chris Chaos a little better. And be sure to check out his Facebook. We will definitely be keeping in contact with Chris to let everyone know what he’s up to. Until next time freaky darlings, I leave you with…

Sadistic Salutations,
Seras Psychotik
P.S Be sure to keep an eye out of socket for upcoming coverage of Universal Orlando’s Mardi Gras and a general theme park update to boot!! But wait there is more…hear the hideous tale of how MegaCon destroyed my dream. Until Next Time, My Freaky Darlings
Advertisement

This entry was posted on March 31, 2011 by malicepsychotik. It was filed under Interviews! and was tagged with Chris Chaos, Local Band, Musician, Underground.