Article originally posted over on From Dusk Till Con…

It’s that time again! After a long hiatus, Dusker of the Month is back! This months Dusker had to be a person that would really warm your heart, much like when your watching a Christmas special. An individual that has touched our hearts, in ways that can only be described as a touching moment. A truly good person to help bring in the holiday season…well I couldn’t find that person. (Come on do you really think there is such a thing as a touchy feely weirdo like that on FDTC…really?) Instead I bring forward an honest to Cthulhu horror fan boy! You know him…you love him…our one and onlyyyyy….LIMPFREAK!! Yes, Guys and Ghouls and women of all shapes and sizes, Limpfreak has earned the honor of the last Dusker of the month for 2010. So lets break in the holiday spirit, grabs some egg nog…put some whiskey in it…and let’s peep at… 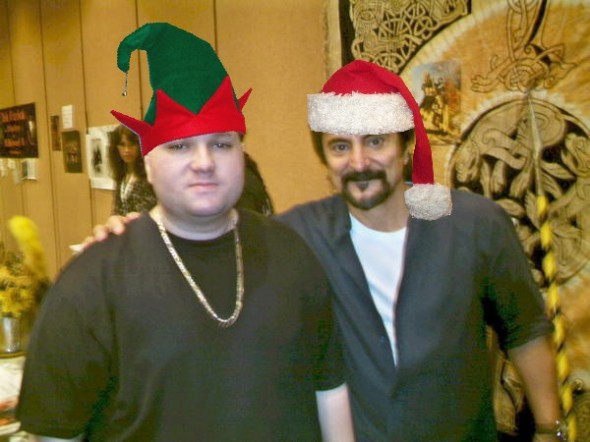 Malice: So Limpfreak, how does it feel to be Dusker of the month in this…the season of presents?

Limpfreak: It’s shocking and kind of cool at the same time. To me it’s a big “HOLY SHIT” moment. I thought to myself why would anybody want to read about me since I’m nobody important.

Malice: What brought you to FDTC?

Limpfreak: I’m going to be honest here. I joined FDTC for a couple of reasons. #1. The Spooky Empire forums that i used to post at started to become nothing but drama. At first everything was peachy but then the drama slowly started. Then the trolls started to pop up and little by little i lost interest in that place.

#2. I came to FDTC because I became friends with one of the forum members on there and we talked in private about how cool it would be to have a “Troll and Drama Free” forum that we could talk about almost anything. Fast Forward to when FDTC was born. I was one of the first people to join FDTC because the people running it were cool and my friend. I loved the idea of a forum that had freedom and didn’t have drama and that we could talk about almost anything.

Malice: You’re a pretty big horror fan, what are your interests as far movie titles?

Malice: How long have you been in the horror convention scene?

Limpfreak: I stumbled onto the horror scene back in 2004. One day I was bored so I did a Google search for “Horror Conventions In Florida” and one of the results was Screamfest (now better known as Spooky Empire). I was sick with the flu so I couldn’t go to “Screamfest 2004”. So after “Screamfest 2004” passed I made plans to attend in 2005. I attended for the first time in 2005 and was hooked and since then I have been going back every year.

Malice: Now I know you have a pretty big movie collection, how many do you think you boast?

Limpfreak: I have a lot of movies in different genres and not just horror. I own 150 DVD’s and 255 Blu-ray movies.

Malice: A movie connoisseur such as you self must have some pretty good advice on films, any good releases lately?

Limpfreak: Always do research on whatever movie you plan on buying. Don’t go nuts and buy the first thing in front of you. You never know if you might find it cheaper at some other store or even online.

As far as good releases lately on DVD or Blu-ray. Not a lot of people liked it but as far as the Picture Quality and Audio Quality I loved Avatar. I also thought that the Alien Anthology that recently came out on Blu-ray was great. Just too many good recent releases for me to mention.

Malice: Your also a pretty avid gamer, how long have you been playing?

Limpfreak: I have been a gamers since I was a kid. Over the years at some point or another I have owned every video game system that has come out here in the US.

Malice: What is your all time favorite console?

Limpfreak: SNES (Battletoads , ALL of the Mario games , Zombies Ate My Neighbors , F-Zero)

Malice: What recent releases would you recommend in gaming?

Limpfreak: Dead Rising 2 (hours of zombie slaying with lots of combinations of weapons)

Call Of Duty Black Ops (hours and hours of endless fun and you also got Zombie Mode) How cool it is to kill some zombies as either JFK , Nixon or Fidel Castro?

Malice: Ultimate question, this separates the boys from men….Playstation 3 or XBox 360?

Limpfreak: First off let me say that i like both systems……But i prefer the Playstation 3 for a couple of reasons. #1. Built in Blu-ray player. #2. Free online gaming. #3. Better graphics.

Malice: In the war over who will win the next-gen gaming remote who do you think will win? Kinect or the Move?

Plus i wouldn’t be caught playing either of them and looking like a Dork while playing some game. 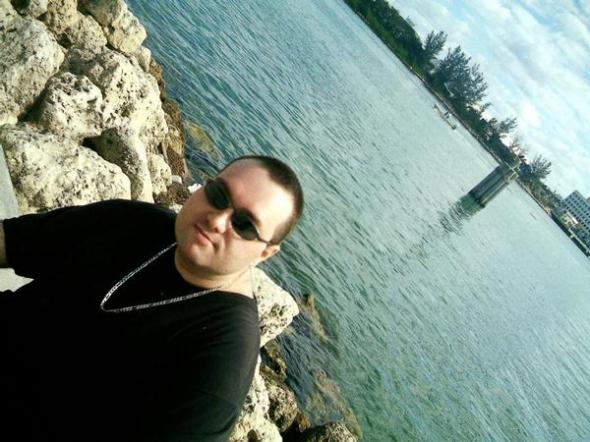 Malice: So getting down to you (Yeah I know this should have probably been at the beginning…I’m VERY non-linear..you’ll learn to deal…) Tell us some stuff we may not know about you?

Malice: I know you’ve had it a while, how did you come across your screen name?

Limpfreak: Back in the days I used to be a big fan of Limp Bizkit and since I considered myself a “freak” I combined both names. Limp – Freak = Limpfreak

Malice: Going back to horror conventions, what have been some of your favorite guests?

Malice: Any special memories from a horror con party?

Limpfreak: Every year getting to hangout poolside with Bill Hinzman at Spooky Empire is a Special Memory. Sitting by the pool having some beers with Bill Hinzman and talking about random things was a good feeling to me. It was like if me and him have known each other for years and years and like we were best friends.

Malice: Now for the part that everyone dreads…it’s time for some “Out-of-Hat” Questions…are prepared foolish mortal?

Limpfreak: *curls into the fetal position and cries about the scary questions*

Malice: Let’s begin… Why do you suppose there are never any midget zombies? Isn’t this absence disturbing? How do you suggest we raise awareness?

Limpfreak: There are never any zombie midgets because they are so fast and small that they can go between the zombies legs and get away. LOL

Malice: Your going to be killed by a horror movie icon…which one out of these: Freddy Kruger, The Tall Man, or Pin Head?

Malice: How long do you think you would last in a zombocolypse?

Limpfreak: I could possibly last a year. Maybe enough to roundup some well-trained survivors and to find a good shelter. But my downfall most likely would be that i would die of starvation.

Malice: You are going to have a date! But you have to pic between these three women: Madame Victoria (A Hardcore Domenatrix), Amber Bamber (a Furrie enthusiast) or Velma Spencer (She’s likes to be peed on amongst other things)?

Furrie enthusiasts are not to be messed with because half the time they turn out to be “Padded Cell” type of crazy and When you tell them it’s over they keep on coming back.

Malice: You have Uwe Boll strapped to a chair. What are you going to tell him before you force him to watch a marathon of everything he’s ever done (presumably making his head cave in?

Malice: Well Limp, it’s been great! Glad you survived…this round!! Anything you want to add?

Well, My Freaky Darlings, that wraps it up for this month! Be sure to catch it next year, actually on time!!….Hopefully….

Need the latest in horror convention? Look no more! Head on over to From Dusk Till Con! They have the latest news in all the greatest horror con’s in the land, including the up and coming titan Days of the Dead. Make sure you also take a look at their ever growing Message Board Forum, sign up and become a Dusker today!!

This entry was posted on December 23, 2010 by malicepsychotik. It was filed under Interviews! and was tagged with Dusker of the Month, From Dusk Till Con.