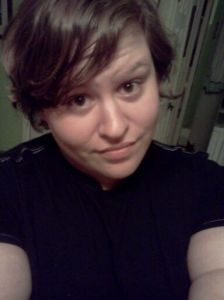 Favorite Movies: A Friend For The End of The World, any cheesy horror movie, horror movies in general

Back Story: Poor Lilith is a story of wrong place…way wrong time. Lilith is reletively new to the game of being a werewolf. Classic story of a girl walking at night alone. While out alone walking home from work, she happened across one big, bad wolf. She survived the scuffle, but nor before getting bit on the inner theigh. She noticed about a month later something was different. She thought it was strange that wound healed as fast as it did. Really she had just chaulked it up to luck. She had made a lot of changes in the last month, but none she thought was bad. She had ditched her glasses, she felt healthy, even landed a new hot boy friend. It was the night of the full moon she realized, all good things come with a price! As the night started to wash over the land, she started getting some really pasionate urges. She needed some loving and tonight her new boyfriend was going to get lucky. Too bad for him, it was also the first night of the full moon…the most violent for new werewolves sharpening their claws. She ripped him to shreds mid coitus. Next morning she woke up in a field about 30 miles out of town. She was naked and surrounded by dead cattle.

Meeting Malice: I came along in little Lilith’s life pretty close after this event. Didn’t take her long to find out what she was. Turns out she was very much into bondage and had a lot of things to help tie herself down. Poor dear was trying to tear through an assorted mess of chains and leather straps. Still had the ball gag in as it were…poor thing. I helped her gain a little control over herself (Trade Secret), and invited her to come stay at the Mansion. I was happy to have another puppy…Seras…not so much…but she’s warmed up! 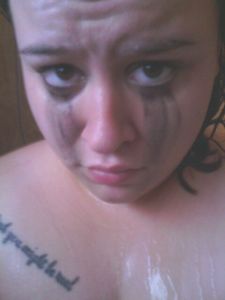 This entry was posted on May 26, 2013 by malicepsychotik. It was filed under Meet the Psychotik Crew and was tagged with Banshee, Ireland, Psychotik Crew, Scarlett.