Well the time has come! They have revealed a first look at Ben Affleck in the Batman out fit. I know this is old news! Kiss my furry butt! I present exhibit A…

DAMN IT BARTLBY AND BAXTER I SAID EXHIBIT NOT XIBIT!!!!

There that’s better! Doesn’t it look cool? This is a little more like it. I mean I don’t know what it is about the Batsuit….it just looks better. And it looks like for once Batman wont be in a tank…which is a plus. By the way if none of you have ever noticed I really am not a fan of Nolan Batman. Way too grounded. The only good thing that came from those films was a Decent Joker and a funny sounding Bane. That’s about it. I can only hope they will juice a little more fantasy back into my beloved Batman (I doubt it but we can dream right!)

So what are my thoughts on Batfleck? Well, it’s an unpopular one for sure. I think he will do a good job. I’ve seen worst. (Batman and Robin anyone?) Truthfully Ben is not a horrible actor. He is just one of those that is guilty of being in bad movies. I don’t think he was what ruined Daredevil. I actually like Daredevil. I think a lot of the cheese comes from their era it was made. This was wayyyyy before they really started taking Superhero movies the way they do today. It was no worst than a lot of the action films of the day. I personally blame Jennifer Garners Elektra. Sorry Ben, but your wife sucks. I could go on and on about how bad THAT movie was. Cut the playground fight scene and a few other scenes with Garner out and you have a decent enough movie.

Am I wrong? Time will tell Monkey’s! Until then, try to keep an open mind. If you don’t that’s OK too. That is what the internet is for Baby….

Hello my Freaky Darlings! I know some of you are waiting patiently for the review of Fatality Fest 2013 and all of the interviews that went along with it. However, a funny thing happened on the way to writing the review. I got tickets for an advanced screening of Man of Steel…so rather quickly I think i will say a few words about it. Well not that quickly, but hey you get what I’m saying…

So work the other day was giving out some free tickets and I took them. After all, why pass up the chance to watch one of the summers biggest blockbusters, before everyone else, and free of charge? It’s sort of important to add the only thing that gave me high hopes for this movie was the fact that Zack Snyder was at the helm Directing this bad mama jamma. What that man can do to a comic book adaptation. Look what he did to Watchman and 300! He doesn’t disappoint here, that is for sure. The visual effects are some of the best I’ve seen, The casting is out of this world awesome, and the story is just as epic as you would ever want a super hero film to be!

I want to start with the story. Now I don’t know much about Superman, so I can’t tell you if they pulled most of this from the comics, but the story is the most interesting origin tale to date. The pacing is very well done. It knows when to slow down and when to pick up. I also enjoy how the story is very non-linear. The film is not presented in the boring fashion of here he is young, here he is a teen, now he’s an adult…OMG! It’s Superman. The story starts out with the back story of how Krypton fell. This also gives you more depth into Superman’s parents and Kryptonians in general. After baby Kal-El arrives on Earth, you start out in Superman’s 30’s. They tell the beginning’s of Clark’s life as flash backs through the film. As far as more specific plot, I’m not telling! You basically know the story, they just breathe some fresh life into a tired over told story and make it shiny and new. 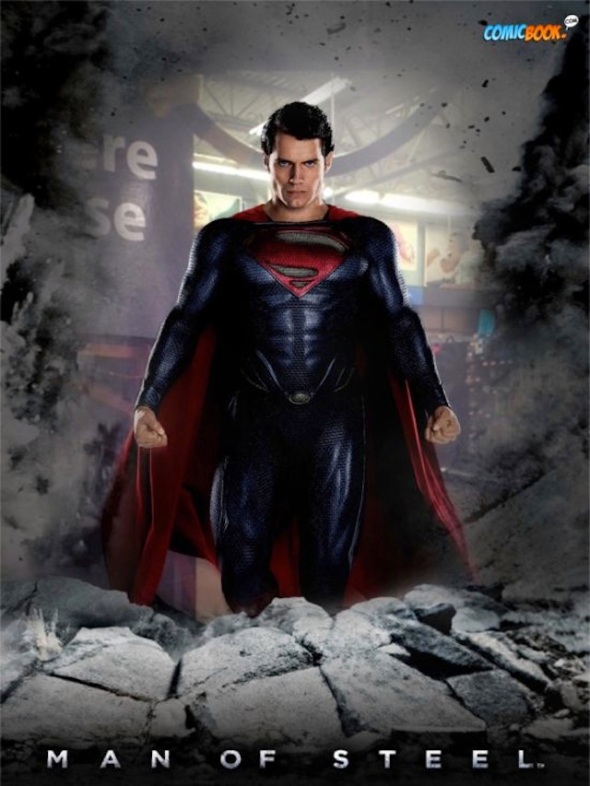 Next obvious wow factor is the visual effects. From the Planet Krypton, to various actions scenes, to the final battle…all you can do is sit back and look on with a slack-jawed amazement. The action scenes are to die for, but in any of the DC films to date. Look for little details in the back ground to tickle your fan boy button. In the last fight scene between Superman and Zod, you clearly see Lexcorp trucks being blown to smithereens. The wamuch y the powers are handled too are quite lovely. Just little details all around that make the whole thing that much more special.

Finally, let’s talk casting. I wasn’t so sure about the casting at first…but once you see them in action you will shit bricks. Russel Crowe was just too good as Jor-El…goosebumps worthy even. Henry Cavill is my new favorite Superman for sure. Amy Adams blows you away with her Lois Lane. I say HER Lois Lane because it is hers. Lois is very much so stronger of a person then she has ever been. She isn’t some damsel in distress. Then you have Kevin Costner, Laurence Fishburne, Christopher Meloni, Michael Shannon…all such great and powerful performances. Hat is off to you all!

Well I don’t want to get too much further.  Don’t want to ruin anything. I’ll leave you with my rating though. I give it 5 out of 5 Top Hats. You aren’t going to want to miss this one for sure. Plan to get tickets today if you haven’t already seen it. You won’t want to miss the summer’s biggest Blockbuster yet. See you next time with an in-depth review of Fatality Fest 2013.