Step Through the Gate with Christopher Judge

Hello there Freaky Darlings! Well, it’s time to see the fruits of mine and Seras’ labor! We did a truck load of interviews at Fatality Fest 2013 and now it’s time for them to roll out! First up? Christopher Judge! This guy is a stand up act. It was great sitting down to chat with him a bit more. He’s the kind of guy you could easily sit down and just shoot the shit with a couple of beers. I really hope he is at a future shows! You should all meet him if you get a chance. So put on the Top Hats Darlings…louche some absinthe…because it’s time…to…

Step Through the Gate, with Christopher Judge 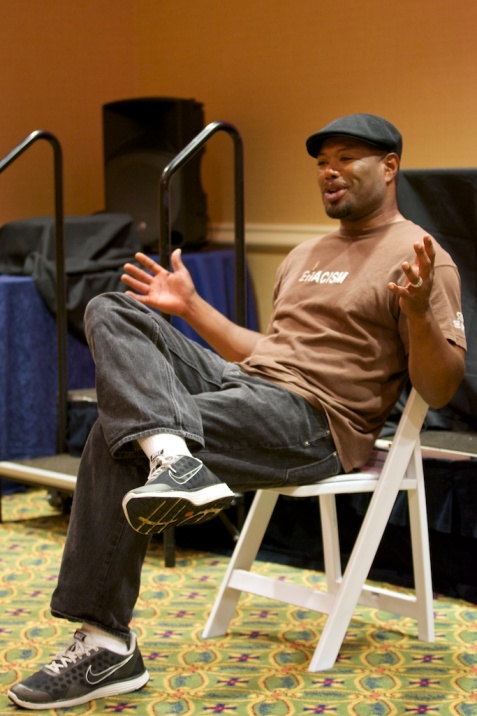 Malice Psychotik: You were on Stargate: SG1 for 10 years and Atlantis for 1, what was it like being on a show for that long?

Christopher Judge: It was great! The security of it… we were like a big family for 10 years. We had very little turn over. We had no cast turn over until season 8 so we really did get to become one big happy family.

MP: In the world of epic sci-fi series like Star Trek, Doctor Who, Battle Star Galactica, etc. where do you think Stargate: SG1 fits into all of that?

CJ: I think strictly because of how long we were on the air, obviously we were a favorite to the fans. We wouldn’t have been on so long if not. So where are we in the sci-fi campion? I definitely think among stuff like Star Trek and Star Wars and the like. We made our mark in that genre. We were there for 10 years so obviously we did something right.

MP: You played the voice of Nicholas Kuttner in Deadspace: Aftermath. If they ever decided to do a live action film, would you reprise the role?

CJ: I think that was actually in my contract. Mike Disa who wrote it, at the time we were partnered on a show called Sentinals. I told him if it ever went to live action that I wanted to play Kuttner. We talked about it but I haven’t heard anything about it going into production.

MP: Have you ever played the games?

CJ: I actually haven’t but my kids have. They said it was one of the most terrifying games they have ever played.

MP: Well how can you go wrong with undead-alien-zombies? 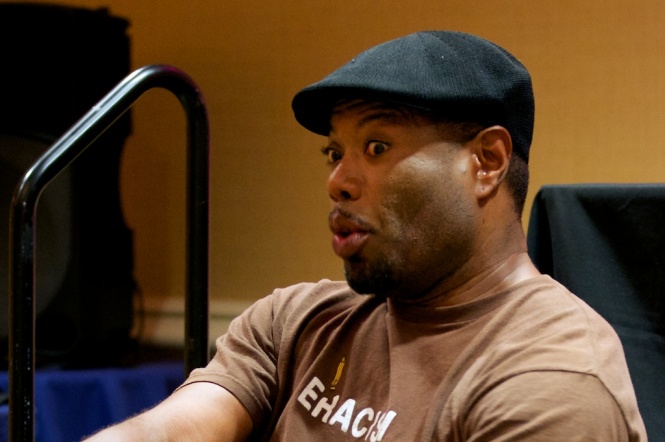 MP: So do you have anything new coming out? I know you mentioned Sentinals.

CJ: Actually I have a film coming out called To Have And To Hold. It’s a period piece, set in the early days of Jamestown, VA. I have that coming out. And we are prepping the show called Sentinals right now. We are partnering with Roddenberry… speaking of Star Trek and Mike Disa who wrote and directed Deadspace: Aftermath, we are all very, very excited about it.

MP: Moving on to a personal question. What would be something about you that your fans would be surprised to know?

CJ: That I’m a boring homebody. my reputation used to precede  me as a bit of a hell raiser. Now I’m more a stay at home type. I’m just a dad. A stay at home dad.

MP: While I’m thinking about it, back to SG1. Not too long ago, I saw an episode of Hollywood Treasures where you authenticated one of the helmets from the show. They look like a pain in the ass! Any stories?

CJ: They were the bane of my existence! The one that actually opened and closed, the working one, weighed about 70 lbs. And it had no support for your neck or anything, so you literally had to just back up and hold it. You like three guys behind you working the hydraulics. I absolutely hated that helmet! It was a marvel you know, in just how it worked. But one story about it, they had built it on another person, on somebody else. So I had never actually had it on until we were going to shoot. Well they didn’t build it out far enough and it actually caught the tip of my nose! The thing could open and close in like one fiftieth of a second  and it caught my nose.

MP: One last question. That gold mark you always had to wear, did that ever fall off in the middle of a take?

CJ: No, they had that process pretty down. At first we used spirit gum. Then it was this stuff called Prozane. Which would irritate. Like Michael Dorn had real bad reactions, everyone had bad reactions. So then we switched to this stuff called Betabond. You go to the hospital for like when have a cut and it’s not bad and doesn’t need stitches, that’s what they use. Well it caught on in the film business to the point hospitals couldn’t get it. They charged film companies double what they charge hospitals. so they sold it all to the film industry. It would hold and never come off. In fact, we had to use a special liquid to take it off. Betasolve, that was the only thing.

Well that’s one down…and 9 more to go! You’re a class act Mr. Judge and we hope to see you next time round!! Stay tuned, because tomorrow we have Halloween Horror Nights 23 news!! AHHHHHH!! Maybe…just maybe a little for Fatality Fest in October as well….

This picture made my night, and set the tone for the whole weekend!