Afterthoughts on the Avengers

Hey there Darlings! I was chatting with someone there other day about The Avengers, when all of the sudden….I realized I left out a few things. In my defense I was having a really hard week that week. Lot’s of bad things going on…lot’s of things on my mind. I’ve had time to clear my head though and now I would like to go back to those missed topics if you all don’t mind. I know, of course I know most of you can’t go long without reading my words. Well enough about me…

***FROM THIS POINT ON, LOOK OUT FOR SPOILERS***

One of the things I would like to do is expound upon Jeremy Renner as Hawkeye. I barely talked about him, and he had such an awesome part in the movie. It totally blindsided me when he ended up as the one turned by Loki. He spent over half the movie as a bad guy, it just caught me off guard. I also have to say I’m a fan of the outfit. At first, I thought I would hate it because of how greatly it was scaled back. When you think about it though, in this continuity, he is more an agent for S.H.E.I.L.D first. It just doesn’t make sense for him to have a costume. Maybe in a later movie they could add it in then, but for this one…it was fine the way it was. Oh, and before I move on…to the guy out there that was ripping on Jeremy Renner’s ability with the bow. It looked spot on! If it was awkward in a few parts, it was probably because the shot was technically impossible. I think some people get to wrapped up in the movies that they forget for a moment that these are all based on fiction. To each their own I suppose.

I also forgot to mention the very last scene of the movie. Well both of them. The first after credit scene rolls after the primary credits. You see the alien leader talking to someone about how the humans are not a species to be reckoned with (Go us!) Now I had heard rumors before I went to the movie that the ending had something to do with Thanos. The aliens did look a little like him in the lower jaw, so I figured maybe it would just be a very small hint. Well, if you consider small showing his full face in view and him grinning creepily at you small…then yeah I guess it was. I was blown away! What a choice for a villain, The only question is…which film? Will it be in one of the upcoming ones like Thor 2, Iron Man 3, orCaptain America 3? I don’t know, I kind of think they are going to wait until the next Avengers film. The last post credit scene came at the very end of the credits. That one was a little bit of funny. The set up came a little earlier in the form of a comment by Stark. Right after he snaps out of it from his free fall, he mentions how they all need to go to a swarma place he knows about up the block. the director felt the joke was just incomplete without a pay off. So after the premier, he rounded up all of the actors and shot the scene to tack it on at the very end just for us (Thank you Joss!) It speaks volumes and is really one of those scenes you either get it or you don’t. 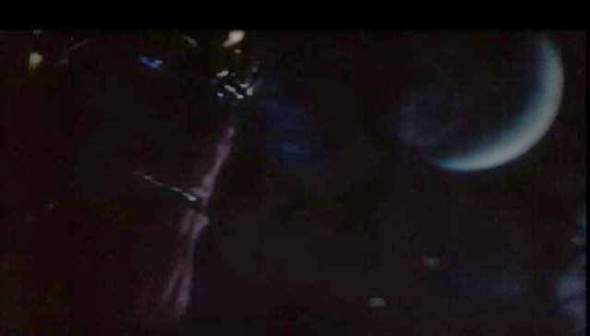 Final thing and I leave this alone for a while (doubt it will be long) the soundtrack. My first thoughts after listening to the soundtrack was…MOTHER OF GOD (takes off sunglasses)…It’s so freaking good it ain’t funny. Weird thing is their are bands on there that I would have never listened to in a million years. The crown jewel of the soundtrack ends up being the track “Live to Rise” by Soundgarden. I don’t remember ever being a huge fan of Soundgarden, but I do have fond memories. Plus, it’s always something to talk about when a band makes a song for the first time in 10 years. I really don’t think there is a single problem with it…of course that’s just my opinion. Give the video a check below.

Sorry I didn’t get this all out the first time! Like I said I was just a little preoccupied. I hope you all have an awesome Memorial Day! Be back soon!!!

This entry was posted on May 28, 2012 by malicepsychotik. It was filed under Reviews! and was tagged with Captain America, Iron Man, Marvel, Marvel Comics, Marvel Studios, The Avengers, The Hulk, Thor.